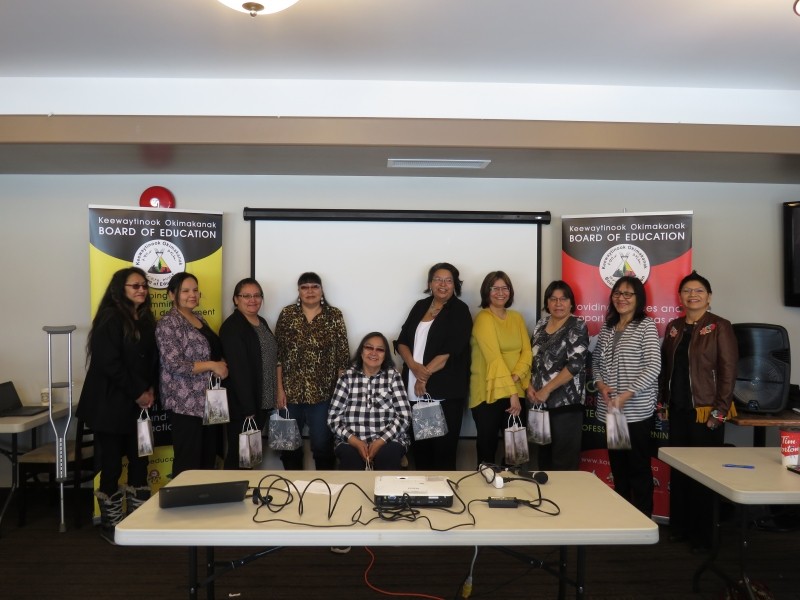 Keewatinook Okimakanak Board of Education (KOBE) has officially launched KOBE Learn, a Native Language app that some educators say will be a “game changer” for language retention in northern communities.

“The idea for the language app came about to address language loss in our communities.” expressed KOBE Languages/Perspectives Lead Sarah Johnson.”Many of our children entering school do not speak their Native language so those of us who are fluent should be the ones teaching these children and young parents.”

“We’re losing our language at a fast pace. Even myself, since I moved away from the communities in 2008, I’ve noticed a decline in how much I speak,” Kakegamic said at the official app launch event in Sioux Lookout on Jan. 11. “If I’m losing it at that pace, then our kids coming out of the communities for high school for four to five years, they’re going to lose it as well.”

“Classroom teachers are finding ways to integrate the app in their curriculum, and our Native Language teachers are using it as a teaching tool. Our students are benefiting as well,” said Johnson.

From start to finish, KOBE Learn took about one year to complete. The process included coming up with 500 words and phrases related to various categories such as food and beverages, animals, clothing, and survival phrases. Those words and phrases were then translated into the three languages. It also includes historical photos, cultural notes, and traditional songs with lyrics.

Elders, community members, and Native Language teachers from the five KO communities all helped in the creation of the app.